My leisure time is filled with a mixture of indoor and outdoor activities and have varied over the years, but I've spent a lot of time and money skiing and riding motorcycles. In my teens I rode horses (jumping and dressage) for some years, and in my 20s and 30s I liked photography and played darts. In recent years I picked up discgolf and also found an interest for cooking. Music was always important, both listening and playing.

This page holds info, links and sample pictures relating to my primary interests. Nowadays I primarily share pastime photos and stories on Facebook 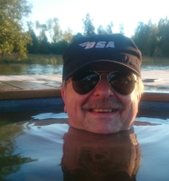 Having skied since the early sixties, I was getting a bit bored by the end of the century. Then I bought carving skis and jeez - now skiing was fun again! I was reborn and got totally hooked - again.

I like skiing both on and off piste, and after trying lots of carving skis I settled for the Head Cyber Cross Ti - my first "modern" ski. They seemed to be a good choice for an all mountain ski; not very exciting in any situation, but OK in most terrain. I did like them in fast wide turns (I actually still have them), but they were a bit too "average"; they don't have enough bite in short aggressive turns and they're not wide enough for off-pist skiing either (even by the standards of that era). Alas, ever since the Cyber Cross, I no longer believe in "all mountain skis". My advice is: don't chicken out, get one pair of short and brutal slalom skis, and one pair of wide and hard rockers!

Nowadays I ski some 15-35 days per year, mostly in Sweden (often Dundret, Riksgränsen, Tänndalen and Hundfjället) but also in the Alps, and can make use of several types of skis. After a pair of Stöckli Laser and Head Mojo 90, I now (2018) run Völkl Racetiger SL (FIS racer), Head GS (FIS racer), K2 Sidestash (188 cm with Marker Duke and precut skins), K2 Darkside 180 cm and Hendryx Funkallistic 188 cm with duck stance. I love them all! The Racetigers are a ton of fun on groomers and turn short Stockholm slopes into Kitzbühler Horn (I do at least 1000 turns in Väsjöbacken :-). The GSs are rock solid in higher speeds, the Sidestash and Funkallistic are both stiff enough to plough through Scandinavian crud and wide enough to carry even me in softer snow. The Darksides are for Riksgränsen in May; they are a lot of fun in soft snow, but no fun at all otherwise.

A really good site for any skier is freeride.se, but I also maintain a collection of links about skiing. 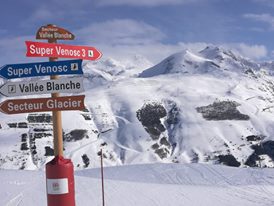 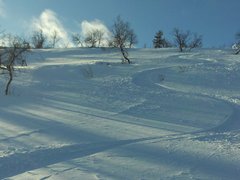 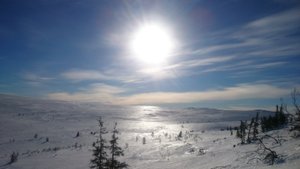 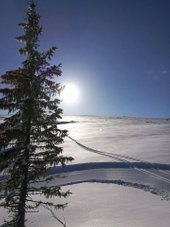 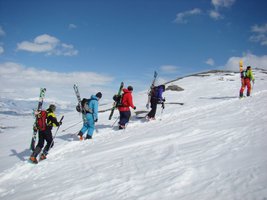 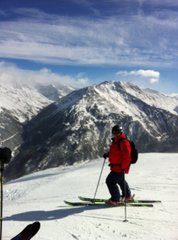 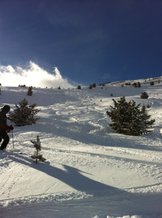 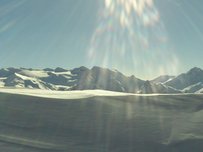 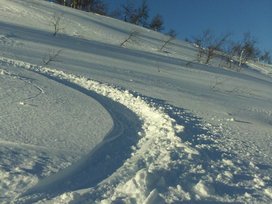 I tried discolf at Järva Discgolf Park back in 2010 and was instantly hooked. After a few rounds with rental discs, I bought my first set of beginners discs for the next season. Despite having played for several years now, I'm still very much a novice. Doesn't matter - I truly enjoy playing, and Stockholm offers several really nice courses. My favorite is (of course) Järva Discgolf Park, one of the best courses in Europe!

It all started way back with the Husqvarna Silverpilen and the FMCK summer camp when I turned 16. But it took some 5-6 years after that until I bought my first "proper" street bike in 1979 - BMW R90/6. I've mainly been into touring, mixed with some offroad/enduro experiences in the early 80s. I started long-distance touring from Kiruna (above the Arctic circle) through Europe back in 1982 and kept doing that each summer for about 10 years. I was a frequent guest at typical places across Europe familair to most Nordic touring bikers - Villa Löwenherz and Adenau/Nürburgring in Germany, Pension Andreas in Kitzbühel and Camping Moto and Camping Rendez-Vous in France. I also went to the FIM Rally enough times to become a FIM Meritum member.

I am (and have been) a member of several clubs, the most important are possibly Malmfältens Motorcykelklubb (MMCK), the national motorcyclist organization in Sweden (SMC) and the Swedish BSA Owner's club

I also maintain a collection of links about motorycles and motorcycling. 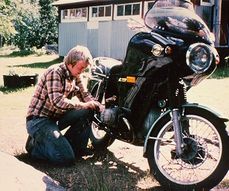 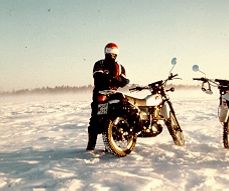 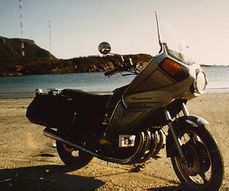 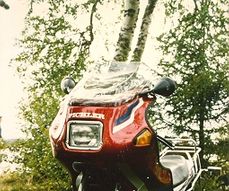 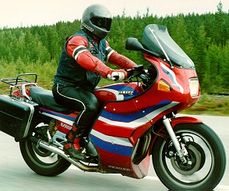 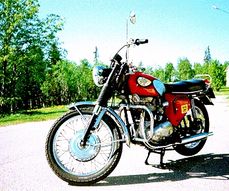 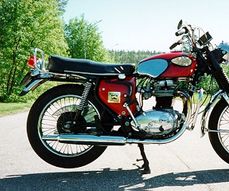 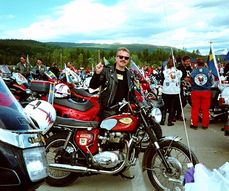 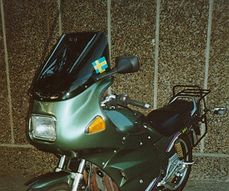 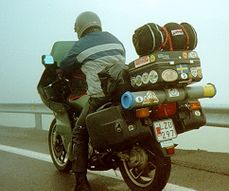 Music was always important to me. I've listened to lots of music, played in a few bands and made some songs with my home MIDI studio. I've bought lots of vinyl and CDs, and I just loved when digital music became available online. I ripped all my CDS and bought the TurtleBeach Audiotron to stream it into my AVR. As my music collection grew to over 50.000 songs, I replaced the Auditotron with the Logitech Squeezebox and joined an open source project to enhance the Logitech Squeezeserver with social features.

When Logitech discontinued their Squeezebox product line, the project kind of died and I replaced my Squeezebox with a Serviio server and a Yamaha Musiccast multi-room system. Like most people, I stream most of the music nowadays - you can probably find some of my playlists on Spotify.

I maintain music links online, both for professional gear and multimedia technology. 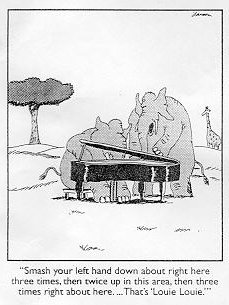 For a few years up north, I played some darts for the Malmfältens Arctic Darts Society and the Kiruna dart club at Arran (I am proud to call myself a co-founder of both organizations). I still have my darts, but I'd be surprised if I'd be able to hit anything except the wall with them nowadays.

While I was an active player, I re-typed the official Swedish rules (in Swedish). Please feel free to copy and use these as you like (except for distorting them). As far as I know, there is no copyright, and I believe any darts organization would like the rules to be spread and used.

Nowadays, I think you can find all that info online. Slipgrip is one place.

I'm not a very good cook, but as a well-behaved Norrlänning, my page will of course have to sport a recipe for Palt (on request, now available in English!). Also, you may find one of these typical drinks interesting ;-)

In recent years, I've actually started cooking a bit more. Still no good cook, but I keep a few recipes on Tasteline and use RecipeKeeper for planning, shopping and cooking meals. 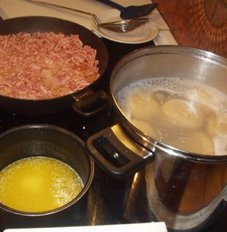